Dr. Iyengar’s long and distinguished record of over four decades demonstrates both depth and breadth at increasing numbers and success of underrepresented members in computer science.

Iyengar’s papers, state his philosophy best, “Education is the foundation for economic development and prosperity. It is the access point by which groups of all backgrounds are able to capture the American Dream.” Over the past 40 years, he has lived that dream, opening doors for countless others, while serving in three unique institutions. 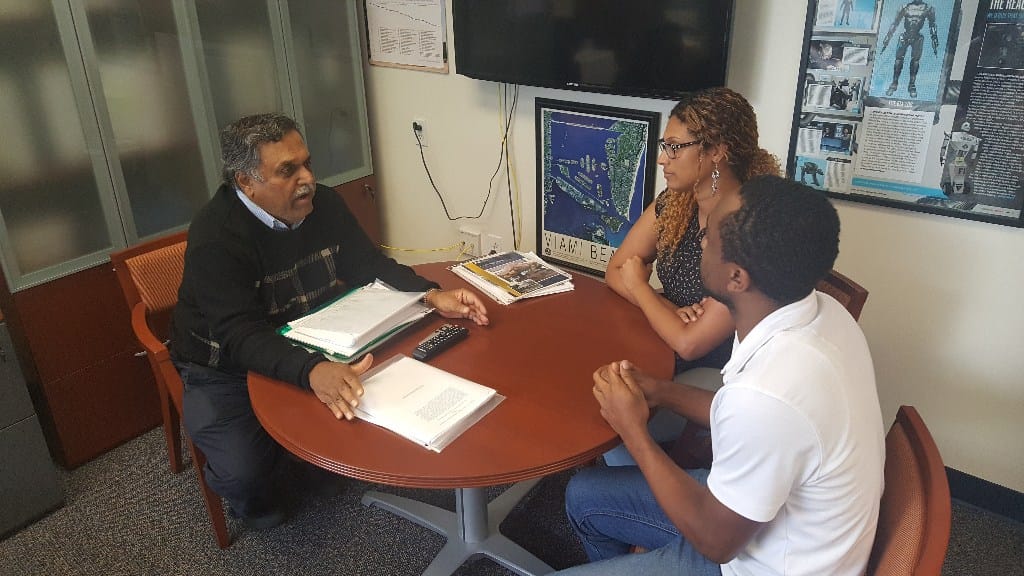 Early Career 1974 at Jackson State University. Dr. Iyengar began his career in 1974 at Jackson State University (JSU), at the invitation of Dr. Lewis, to develop an NSF-funded regional educational computing network for colleges in the state of Mississippi. Over the next five years, Dr. Iyengar served as a network coordinator and Assistant Professor, crisscrossing Mississippi connecting State Colleges and Universities, and providing comprehensive training in the art of programming. To develop computer science (CS) educational opportunities for all students, including minorities and underrepresented students, he conducted CS workshops at countless sites. At JSU he developed a visionary Master’s Degree graduate program in computer science using an interdisciplinary approach, which was not very common in these early days. This opportunity became a game changer for JSU’s computer science program in the late seventies. (JSU support letter).

His vision for minority students took shape as he developed additional workshops and conducted short courses to introduce computer science to the more students. His MS CS program has now become a flagship program, providing access to advanced education in CS for more than 5,000 minority students. Of the initial cadres of students graduating from the program, a full 25% of the students went on to complete Ph.D.’s at universities such as Iowa State, University of Maryland, and Purdue. More than 60% of those minority students graduating from the program went on to work for companies such as Lockheed Martin, Raytheon, and other Fortune 500 companies. Many of his former students are now program directors in these companies. Additionally, this program provided an extraordinary foundation to start a new Ph.D. program in Computational and Data Science, a continuing testimony to Dr. Iyengar’s legacy. 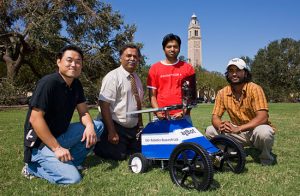 Louisiana State University, Southern University, and Grambling. Dr. Iyengar continued his efforts to advance research opportunities for minority and underrepresented students after moving to Louisiana State University (LSU). There, he spearheaded the development of a very ambitious project entitled, “The development of Southern University and Louisiana State University Joint Research and Educational Program in High-Performance Networking.” Seed funded by NSF/EPSCOR, he successfully used the program to provide networks in high-performance computing to assist faculty and students at Southern University (HBCU) and other minority universities in developing high-technology networks, providing faculty and students with necessary tools for effective application and implementation of research technology. His efforts improved their opportunities for employment in computer science and IT.

At LSU he personally supervised 39 PhD students and over 110 MS graduates, making a concerted effort to encourage and mentor students from underrepresented groups. His mentorship has been and remains a long-term commitment, as he continually tracks his students and their career progression, offering advice and encouragement throughout their life. Dr. Iyengar worked with the LSU Pre-Doctoral Scholars Institute, to secure the success of minority graduate students. He mentored perspective African-American graduate students to provide them an opportunity to experience early undergraduate CS research, to improve their graduate writing, and increase their confidence in their capabilities to undertake doctoral programs, thereby improving graduation rates. 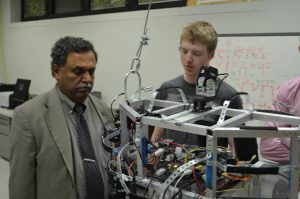 Continuing Diversity and Faculty Education in CS & STEM. Through a 1995 NSF grant, Dr. Iyengar instituted a faculty robotics workshop for Hampton University, University of Puerto Rico, Southern University, Grambling University and Morehouse College, enhancing faculty capacity to provide quality minority undergraduate education. He provided essential advice in the creation of The Center for Research in High-Performance Computing at Morehouse College. Melding collaborative programs with HBCU institutions in Louisiana and across the United States, he developed interactive learning programs between universities, held “Career Oriented Research Workshops in Computer Science for Undergraduate Students,” organized distinguished lecture series that brought renowned faculty from across the country to present research related to advancement of minority students in computer science, and was the Expo investigator for an NSF/SFS project entitled, “Collaborative Project: Faculty Development — Multi-University Research and Training in Information Assurance and Computer Security,” program designed to recruit, train, educate and advance opportunities for underrepresented groups across the United States in CS.

In 2000, Dr. Iyengar requested funding from as part of NSF’s Computer Science, Engineering, and Mathematics Scholarships (CSEMS) program, providing greater access and support to academically talented students from economically disadvantaged backgrounds. Dr. Iyengar continued to steer the program, receiving additional funding through the Scholarships for Science, Technology, Engineering and Mathematics (S-STEM) program. This resulted in significant success, increasing STEM graduation rates of minority and underrepresented students (55% of the participants in the program) to over 94%. He advocated internationally for Increasing Access for Economically Disadvantaged Students: the NSF/CSC-M and S-STEM Programs at Louisiana State University, by publishing a paper of the same name in the Journal for Science, Education, and Technology.

FIU—Largest Source of Hispanic Computer Science Graduates in the US. 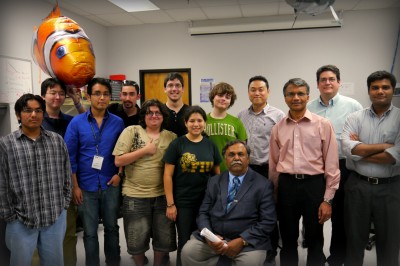 Upon his arrival at Florida International University’s School of Computing and Information Sciences (FIU SCIS) (HBCU/MI), he immediately began increasing access to research programs for African-American, and female undergraduate students. One of his successes included the development of Discovery Laboratory (DL), a computer science and robotics laboratory, that prepares undergraduate students to use their innovation and creativity to solve real-world challenges. The lab spurs student entrepreneurship within this sector of the population. His mentorship in just three years has led to DL students’ selection for prestigious work opportunities. Most prominent among them are; Ms. Shadeh Ferris Francis, an African-American student selected to be the Robotics Team Lead her senior year, and now working at NASA’s Jet Propulsion Laboratory; and Mr. Irvin Cárdenas, a former NASA Langley Research Intern now working in a prominent New York financial firm.

He played a significant role in improving FIU’s CS retention and graduation rates for minority students. This past Spring, SCIS graduated twin African-American students Shonda and Shalisha Witherspoon, two of Dr. Iyengar’s research students, working in the High-Performance Database and Research Center, with the BS degree and the highest GPAs in the FIU College of Engineering and Computing. They are continuing on with their studies in graduate programs under his mentorship.